NB: This article originally appeared in the California Tech, the Caltech student newspaper, on Monday October 13 2014.

Starting in 2009, NASA began a process of selecting private companies to provide astronaut transport capabilities to low Earth orbit. Coinciding with the retirement of the space shuttle, the program is intended to maintain US crewed space capability, reduce dependence on the Russian space agency, cut costs, promote innovation, and allow NASA to focus on crewed deep space exploration, should they ever receive a mandate to do so.

Despite a substantial under-provision of funds from congress, the program has proceeded, with yearly reviews, designed in collaboration with the key players, to assess ongoing performance via 'Milestone goals' and keep the program focused. The biggest prize by far in this program is the development of the spacecraft, and by the beginning of 2014, three main contenders were still in play.

Boeing, the giant of US aerospace, has a long history of building rockets and space systems, including the Atlas V launch vehicle with United Launch Alliance. With tens of thousands of spare engineers and a deep understanding of the bid process, they proposed the CST-100, a very conservative capsule design based on proven technology. 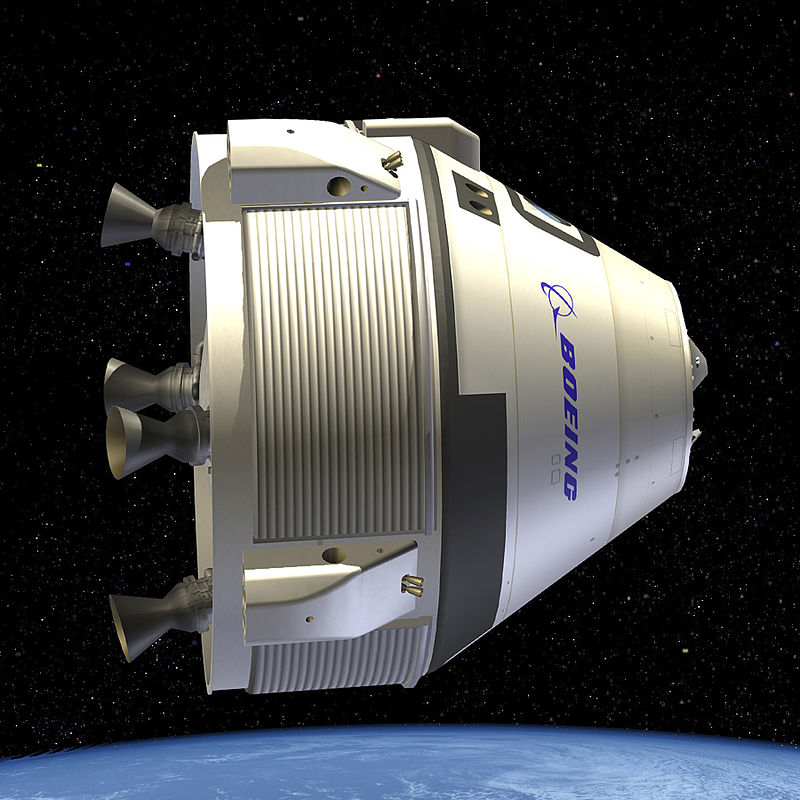 SpaceX, the startup space company based in Hawthorne, has managed to bend the CCtCap process around their own development of the Dragon V2 capsule, a design with significantly more capability than called for during the process. With incredible design and manufacturing innovation, SpaceX is making waves in every part of the launch business, including their high-profile argument with ULA over sharing the military satellite launch business. 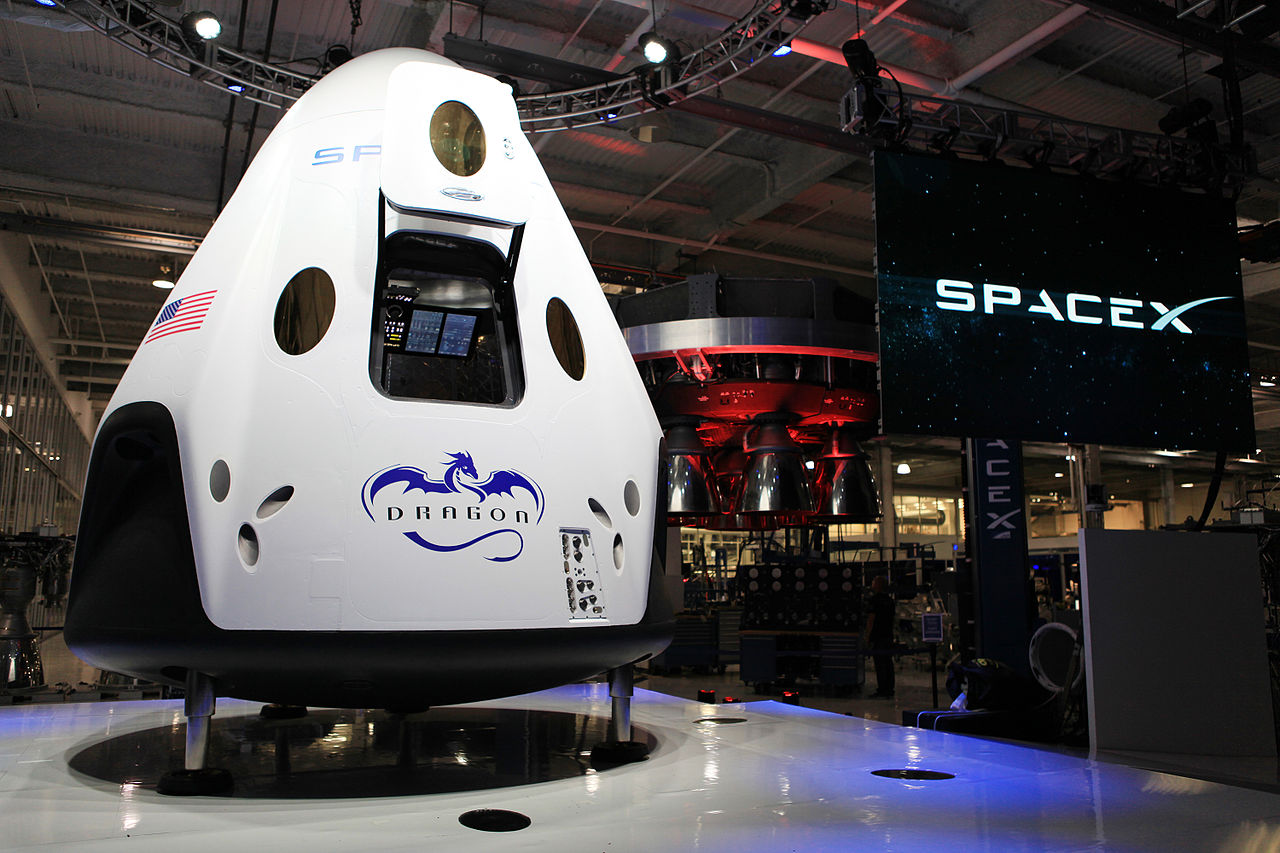 Sierra Nevada Corporation, a smaller and private aerospace electronics and systems company had branched out into the launch business with the development of the Dream Chaser lifting body spaceplane, as well as the new Virgin Galactic rocket motor. The Dream Chaser is designed to launch atop the Atlas V, then re-enter and land on a regular runway, whereas SpaceX and Boeing's capsules are designed to land with parachutes and/or rockets on land. All are designed to carry up to 7 people and to be reusable. 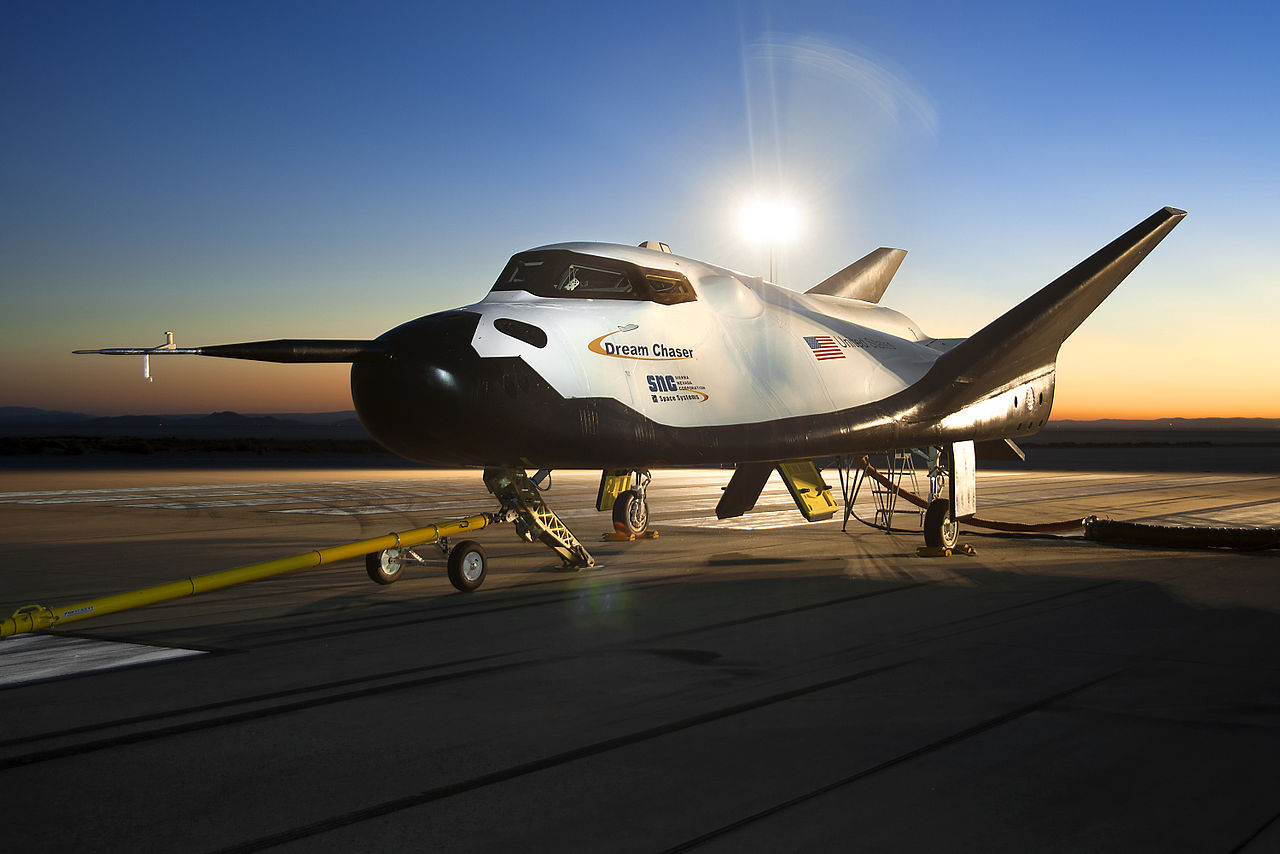 The latest decision on capsule development was expected by September 2014. NASA was widely expected to pick two of the three designs to proceed, based on progress and assessments of future risk.

At this point it was anybody's race. Boeing had asked the most to develop the least capable capsule, but had experience and resources. SpaceX had asked the least to develop a futuristic capsule design, to be launched on their own Falcon 9 rocket. Sierra Nevada had also proposed a relatively cheap development for the Dream Chaser, but would have to launch it with ULA (and hence Boeing's) Atlas V rocket.Adding to the complexity, the Atlas V is not presently rated for human flight. Rating the Atlas V is a complex program that Boeing understandably would be charging contractor rates for if its CST-100 capsule was not selected. If that wasn't enough, the Atlas V uses the Russian built (and thoroughly badass) RD-180 rocket on its first stage. ULA has admitted that they have a limited supply of engines and uncertain capability to build copies themselves. Recently they contracted Blue Origin, Jeff Bezos's private rocket company, to build a replacement engine (the BE-4) powered by methane and oxygen.

On September 16, NASA announced that SpaceX and Boeing would proceed, while Sierra Nevada would not receive further funding. In response, Sierra Nevada pledged to continue development with internal funds, cooked up a version of the Dream Chaser which could launch from the Stratolaunch plane, and filed a formal protest, citing similar progress to Boeing but a lower cost. The result of the protest will be determined by January, but the result was anticipated fairly widely.

NASA is leery about space plane designs, after the experience with the shuttle. The promise of a cheaper, reusable rocket was belied by the reality. The shuttle, for all its benefits, was also a technological nightmare, extremely expensive, not particularly safe, and spent a very large proportion of its overall power lifting wings, wheels, brakes, and empty space into orbit. When a really good rocket can get 3% of its launch mass into orbit, the last thing you want is a spacecraft which comes with substantial weight penalties for features of limited utility. While the shuttle could land on a runway, there were only a few runways long enough in the whole world, requiring precise targeting and good weather. In contrast, the Russian workhorse Soyuz capsule can land anywhere, including once famously on a frozen lake.

On Saturday, Aviation Week obtained and published a copy of NASA's report into the decision. This report states in part "[We] consider SNC's design to be the lowest level of maturity, with significantly more technical work and critical design decisions to accomplish. The proposal did not thoroughly address these design challenges and trades. [The proposal] has more schedule uncertainty. For example, some of the testing planned after the crewed flight could be required before the crewed flight, and the impact of this movement will greatly stress the schedule."

The Dream Chaser looks great and promises a lot, but it is clear from this quotation that large aspects of the design are still to be hashed out. Given that uncertainty, it is not surprising that NASA chose to exclude them from the final stage of the program.

Posted by Casey Handmer at 7:23 AM