My cousin L recently married his wonderful ex-fiancee N, and L's brother J dropped in to visit me in LA. Now that I'm a full time grown up, I don't have quite as much flexibility to destroy guests as I enjoyed in grad school, but I did my level best.

J took the red eye, arriving Friday morning. Chilled in Venice, then headed over to my office in the LA Arts District in the afternoon, just after SpaceX successfully landed their rocket on a boat.

We toured Hyperloop, ate some snacks, cleaned up a bit and took a Lyft to Hot Pot, where we were eventually joined by no less than five members of the Nerd Brigade, C, T, C, J, and V. J later remarked that he'd never been the company of so many PhDs before. He was well into his second wind, fighting back jetlag with oodles of noodles. The conversation ranged the gamut, including a discussion of shark week vs primate month. Eventually we staggered from the restaurant (which sadly lacked mermaids and mariachi bands on this occasion) and returned home. 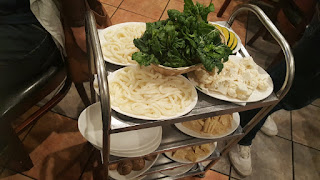 The following morning, after a slow start, we did some house hunting for me, as I have to find a new place to live in the relatively near future. On the way, we saw a shiny Tesla Model X, which was the second most exciting Elon Musk-related thing to occur that weekend. 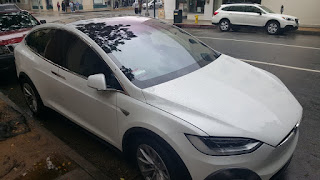 The Tesla Model X is an incredible technical achievement. I don't have scope here to describe it, but it's as far beyond the S as the S was beyond all other cars.

That evening we went to Yuri's Night LA, a space themed party under the Endeavor Space Shuttle at the local science museum. Buzz Aldrin was going to be present, which mandated that we wear suits. I spent whole minutes finding the optimal bow tie. 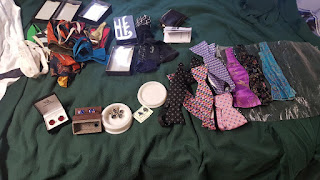 The exhibit is new and a bit sparse, but that didn't stop us from finding some storm troopers and catching up with lots of space nerd friends. 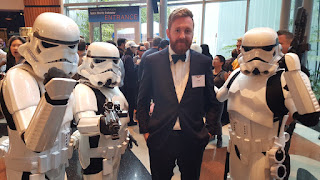 Before the dance party (featuring numerous Kerbals) got underway, we took a stroll through the conservatory and found Buzz Aldrin himself. A quick bit of legit social engineering and he was kind enough to spend about 20 minutes telling us about his take on using lunar resources in halo orbits for refueling. His manager C managed to get this pic of us examining my 3D printed Mars ring. The yellow jacketed fellow is the CEO of Virgin Galactic, another space-tourism and launch oriented company. 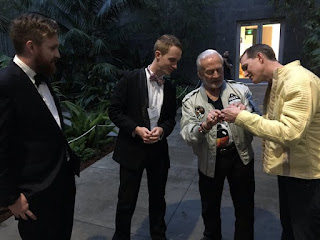 We danced for a bit and then headed for home. 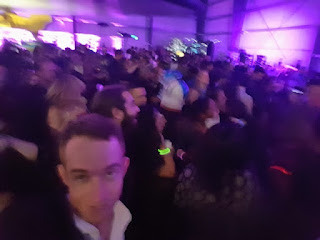 On Sunday, we were at a copious loose end, so we decided to fly to an island to get some lunch. 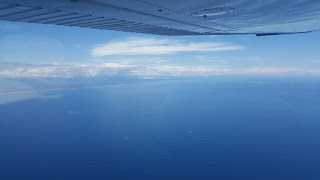 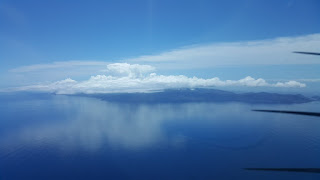 It was quite nice. A bird flew over to eat some crumbs. 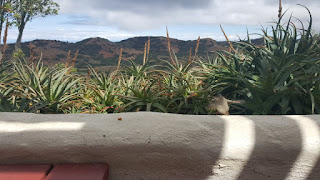 And we decided to bail out before the clouds got any lower. We cruised back towards my home airport, when the weather radio told us the runway was closed. We flew past for a close look - there was a plane stuck in the middle surrounded by vehicles. We landed at a nearby airport instead, clocking 200 hours as PIC somewhere in the middle there. Took a Lyft back to the main airport to retrieve the car, and while we were there decided to have a sticky beak. 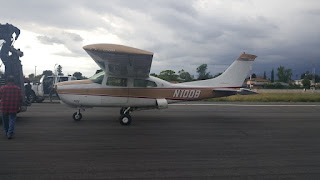 This is an example of a classic and very common mistake of landing with the wheels up. In this case, a crane had lifted it up to drop the wheels out, but the prop is destroyed and the engine totalled. Will likely spell the end of this plane's life too - $50,000 unlikely to be had easily. Plane occupants almost certainly unharmed, save for facepalm injuries. Before the airport manager chased us away, I snapped a selfie - one doesn't often get to walk out on the runway! 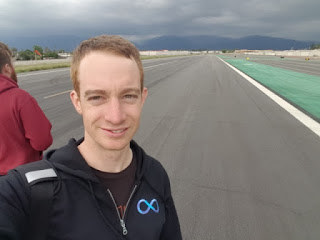 On the way back, we saw some crazy peacocks. 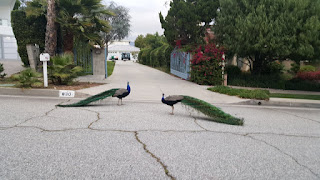 Sushi for dinner, before J headed to LAX, properly exhausted! 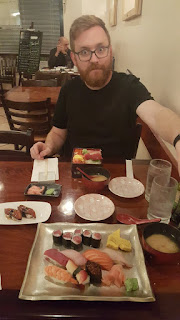 Posted by Casey Handmer at 7:27 AM No comments: