During spring break most Caltech students enjoyed a week of well earned rest and recuperation. Not so for the participants of the Caltech Space Challenge. Conceived in 2011, the Caltech Space Challenge brings together 32 of the brightest young minds in aerospace from universities around the world to tackle a speculative mission design problem. Split into two teams of 16, each worked independently in secret to bring their plans to fruition. The team in which I was a participant (Voyager) set to work on Sunday night in the palatial Keck Institute for Space Studies, a major sponsor of the entire event.

The problem: Design a mission from the ground up to send astronauts to a captured asteroid near the moon, extract resources, and have everyone survive. With fewer than 2000 person hours, that's exactly what we did. Voyager and Explorer broke into subteams of concerned with orbits, propulsion, science, risk management, vehicle design, environmental control and life support, human factors, radiation shielding, guidance, navigation and control, system, policy and outreach, structures and thermal, and a myriad other factors necessary to have a hope of meeting the competition requirements. Working in one room was a great way to dynamically reallocate human resources to solve problems as they emerged!

We didn't spend the entire time in the workshop. Program organizers scheduled a series of gripping lectures by the leading luminaries from JPL, Lockheed Martin, SpaceX, Planetary Resources, and several other key players in aerospace. After each lecture we grilled the presenters for information, trying to seem specific and knowledgeable without giving too much away to the other team.

On Wednesday everyone bused up to JPL for a workshop session with the A Team, a group of people whose job is literally dreaming up crazy mission ideas and speccing them out. I felt as though I was in the company of the gods, larger-than-life personages 12 feet tall capable of shooting laser bolts from their eyes. Our interactions couldn't have been more different. Profoundly humble and very enthusiastic, I found getting an "I don't know" to an answer empowering. When we worked out the details ourselves, we were now the world experts.

Thursday night bled into Friday morning as the final finishing touches were added to our report, fact sheet and slide presentation. With one hour to go the report integration reached fever pitch. Wholesale abandonment of version control and collaborative editing added drama and desperation! With seconds to spare the relevant pdfs were dumped onto a flash drive and whisked away to the judges and, intensely relieved, we stumbled away to lunch.

At 1pm we reassembled for the presentations. Team Explorer went first, the Voyagers and I sat in profound suspense waiting for the first slide to drop. For the next hour, Explorer explained to us and the judges the essence of their mission design. Surprisingly similar to our own, matching political, science, and crew support needs involved a Falcon Heavy-launched Habitat module and an SLS-launched Orion with three astronauts, a 25 day stay orbiting the moon, with 8 days at each end to get to and from. Both teams had to confront the reality that we collectively know nothing about what's inside asteroids. Devising methods to discover what we don't know is at the heart of science and, in a very Bayesian sense, is often driven by what we know how to discover.

Then it was our turn. Slides blurred before my sleep deprived eyes, I rose to moderate the Q&A section, and then we had to pack up, prepare for the evening reception and closing ceremony. A week of tremendous opportunity, collaboration, discussion, and creation. The Caltech Space Challenge was a dream come true. 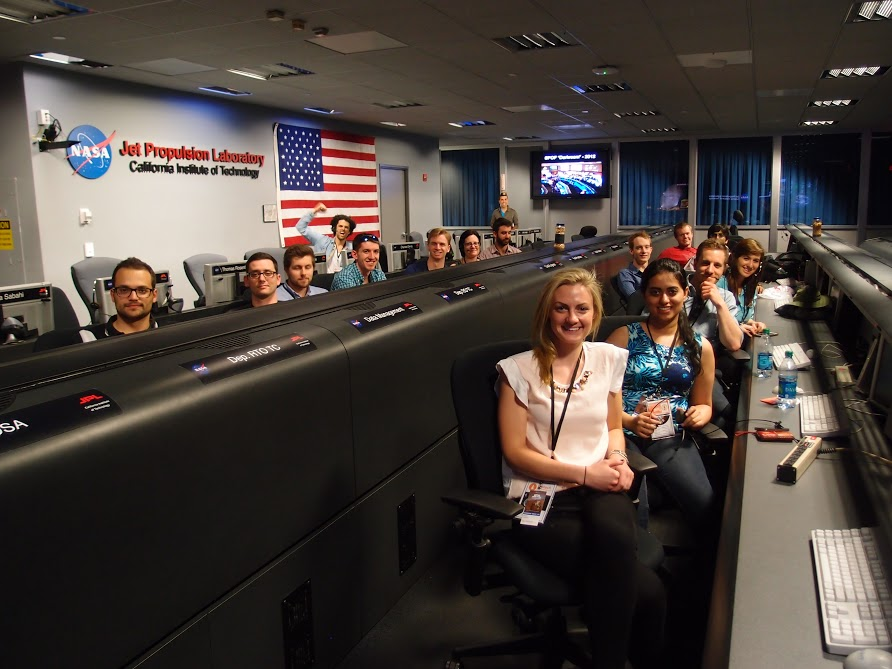 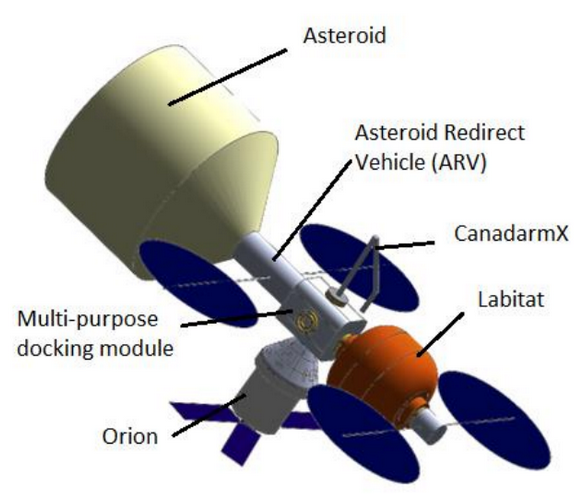 Posted by Casey Handmer at 5:50 AM